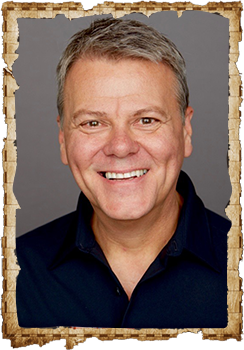 Jim West is the Emmy nominated producer of Destination Craft with Jim West, distributed by American Public Television. Now in its second season on PBS, the series has been seen in over 90 million households in the United States, reaching 85% of the American television market, according to TRAC Media.
Jim has been called the “International Ambassador of Arts and Culture,” and is truly an expert in crafting around the world, having traveled to over 126 countries and encouraging and lifting master artisans to a place of worldwide recognition and distinction. Jim is a visionary, travel entrepreneur, and author, with an infectious energy and an enthusiastic approach to all his projects. He delivers beyond the expectations of those who work with him, whether it’s network executives or the crew of his production company, Namaste Group Productions, LLC.
Jim created an international philanthropic program called The Colors of Kids, where children in primary schools around the world paint pictures that are sold online as part of a fund-raising effort to purchase much needed desks, chairs, playground equipment, computers and essential school supplies.
As a world traveler and cruise expert, Jim worked onboard cruise ships as a professional cruise director for over ten years, with over 1563 cruises logged in his nautical diary. He has explored all seven continents and was featured as the cruise expert on the Travel Channel’s program “Cruise Ships FAQ.”
Following his cruise expedition in Antarctica with Sir Edmund Hillary, Jim wrote his first best-selling book, “The Essential Little Cruise Book,” containing over 750 practical cruising tips. Hillary provided a quote for the cover, commenting, “A very practical book with sound information for everyone, from people planning their first cruise adventure to hardened travel agents.”
Jim was the founder and managing director of the first International Quilt Festival of Ireland and the first International Batik Expedition in Bali. He is the creator of the very first and longest running online magazine in the craft industry called “Craftposium,” later changed to “Craftours Lifestyles.”
Jim is a contributing author in the best-selling Chicken Soup books- “Chicken Soup for the Traveler’s Soul” and “Chicken Soup for the Soul-Christmas Virtues.” He is a member of the prestigious Producer’s Guild of America, the Screen Actors Guild and the American Federation of Television and Radio Artists.
From 1982-1993 Jim was an actor in Los Angeles with television credits that include national commercials and guest appearances on T. J. Hooker, Facts of Life, Square Pegs and others.